After analyzing the market, CAA-Quebec has determined that while motorists in Quebec enjoyed lower gas prices at the pump in 2015, those prices were not proportionate with the fall in the price of crude oil. What gives?

CAA-Quebec, which has been publishing gas price analyses since 2006, found that Quebecers paid gas prices that were 16% lower on average in 2015 compared to 2014. No reason to complain about that, right? 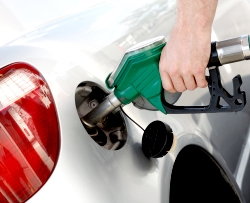 However, those who are familiar with the crude oil market will feel differently. Crude oil inventories are historically high, and the market has seen its price plunge recently. For example, Quebec refineries use Brent crude oil and its price plummeted by nearly 50 per cent in 2015.

The combination of low price and high inventory has led to a respite in gasoline prices at the pump. However, CAA-Quebec believes that the price Quebecers have been paying has not decreased proportionally with the fall in crude oil prices, especially in Greater Montreal.

The Four Reasons Why

Drivers in Quebec have not seen the same gasoline price decreases that many others (like drivers in the states) have. And it's largely a result of the weakened Canadian dollar.

Here are the four main reasons CAA-Quebec cites as the culprits of why the cost of refined gasoline has not declined at the same rate as that of crude oil:

The Strange Case of Greater Montreal

Gasoline prices in Quebec were down 16% overall in 2015 compared to 2014, which saved motorists significant money. However, those in Greater Montreal probably didn't feel like they were saving much - the area experienced a trend of worrisome and unusual price hikes on Fridays.

CAA-Quebec data estimates that 11 out of the 17 price increases noted on a Friday in Montreal were excessive and without foundation. They also found that the average retail margin in Montreal increased 7% in 2015 compared to 2014. Meanwhile, other cities in Quebec saw huge decreases in average retail margin: Quebec City experienced a 20% drop, while it was down 18% in Sherbrooke.

CAA-Quebec blames industry players for failing to respect fluctuations in the petroleum price indicators when setting their pump prices. They believe that motorists were unfairly penalized and that the industry must review its strategy in Montreal.

So, while drivers in Quebec saw overall price decreases in 2015, those in Montreal wouldn't mind further respite in the future.

Getting Approved for an Auto Loan with Damaged Credit

Gas prices are still down, and that could be freeing up some extra room in your budget. If it's time to upgrade or get yourself the vehicle that you need, you don't have to let your damaged credit hold you back.

Just come to Canada Auto Loan. Our experts can help anybody find financing, no matter what shape their credit is in. To get started, all you have to do is fill out our completely free and secure online application.