The federal government is set to introduce legislation to legalize the recreational use of marijuana in the spring of 2017. With that time fast approaching, the Canadian Automobile Association (CAA) is continuing to research how marijuana will impact road safety.

The CAA is also pushing the federal government to enact public education campaigns and put forth clear and meaningful laws that discourage Canadians from getting behind the wheel while under the influence of cannabis as well as other drugs. 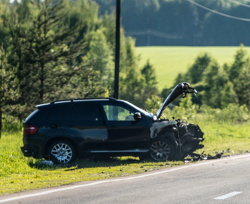 According to the CAA, from a road safety perspective, marijuana is the second most frequently found drug among drivers involved in crashes and/or charged with impaired driving. Alcohol is, of course, number one in that category.

A recent survey conducted by the CAA shows that many Canadian residents are concerned. They believe the legalization of marijuana will have a big negative impact on road safety. Specifically, the poll found that:

Numerous studies clearly show that cannabis impairs the cognitive and motor abilities needed to operate a vehicle. However, it appears that many Canadians think otherwise, which is concerning. The CAA survey found that 26 per cent of Canadians aged 18-34 believe a driver is either the same or better on the road under the influence of marijuana.

Because almost two thirds of Canadians are concerned and there is a clear lack of understanding among citizens of the effects of marijuana use, the CAA is taking action. The association commissioned a study and submitted the results to the Federal Task Force on Marijuana Legalization and Regulation. It is also calling for education campaigns, amended legislation, and enhanced resources to help law enforcement.

How CAA is Taking Action to Ensure Road Safety

The CAA study, which looked at the priorities provincial and federal governments need to focus on, was conducted by the Traffic Injury Research Foundation (TIRF).

Here are the recommendations from that study:

The CAA has submitted the study to the federal task force. It hopes the findings will highlight the importance of introducing proper legislation and penalties to ensure safety on Canadian roads. The organization also hopes it will remind politicians of how concerned Canadians are.

Clearly the CAA is doing what it can to make sure Canadian roads will be safe. But if you're more concerned about how you can get approved for auto financing with a low credit score, Canada Auto Loan is here to help.

We are connected to hundreds of the leading auto dealerships throughout the provinces and territories. If you are seeking auto financing and have bad credit, look no further. Fill out our free and secure online application to get the process started today.