8 million vehicles throughout Canada and the United States could be affected by another deadly airbag problem.

On July 8th, a woman was killed in a crash in the province of Newfoundland and the cause of death was attributed to a faulty airbag inflator manufactured by the U.S. company ARC Automotive Inc., which is based out of Knoxville, Tennessee. During the crash, the inflator ruptured and sent metal shrapnel into the passenger compartment of her 2009 Hyundai Elantra. The vehicle was equipped with a single-stage airbag inflator that was manufactured at ARC's China facility in 2008.

According to officials, had it not been for the injuries from the shrapnel, she would have survived the low-speed collision. And now, officials from both Canada and the U.S. have gotten involved. Transport Canada and the National Highway Traffic Safety Administration (NHTSA) have launched a joint investigation to see what is causing these inflators to fail. 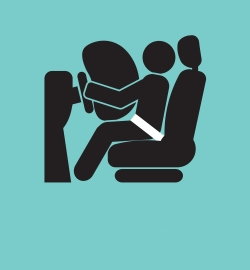 According to a recent article in Auto Remarketing by Sara Schweiger, a representative of NHTSA stated in an email comment that "Based on what it has learned in the preliminary evaluation and initial investigation of the new incident, NHTSA is upgrading its investigation to an engineering analysis, during which it will gather additional information and direct the collection and testing of inflators as part of its effort to determine the root cause of the rupture incidents."

Two other incidents involving ARC inflators took place in the U.S. in July of 2015. Those incidents involved a 2002 Chrysler Town & Country and a 2004 Kia Optima sedan, and the inflators in both incidents were manufactured at the ARC Knoxville, TN facility. Additionally, General Motors and Hyundai have been identified as two other auto manufacturers affected by these defective inflators.

While the result is the same, there is a difference between the defects of the Takata and ARC inflators. According to the NHTSA, unlike the Takata inflators, which were triggered by excess humidity, the ARC inflator defect seems to be due to a manufacturing problem that causes the inflator not to vent properly. Without the proper venting of high-pressure gas and ammonium nitrate, the metal interior is prone to explode into dangerous projectiles upon deployment.

What both Takata and ARC do have in common though, is that both of their airbag systems use ammonium nitrate gas as a propellant. While it is cost effective for manufacturers, it should be pointed out that ammonium nitrate is an extremely unstable gas and, if not properly handled, is prone to exploding when it isn't supposed to. The use of this volatile compound is likely a primary factor in the deployment malfunction, and it is surprising that any airbag manufacturers continue to use it.

Keeping an Eye Out for Recalls

And even though this issue is being heavily investigated by both Transport Canada and NHTSA, there has yet to be any word on whether there will be any recalls issued on vehicles that contain ARC airbag inflators. However, these incidents stress how important it is for consumers to stay on top of any issues that may affect the vehicles they own or are looking to buy.

Unfortunately, the legislation surrounding auto recalls here in Canada is not as stringent as it is in the United States. The Canadian Motor Vehicle Safety Act doesn't allow the federal government to recall vehicles that have been assessed as unsafe. So, unless the manufacturer itself issues a recall, there is little chance drivers will be notified.

When You Need a Car

If you are looking for a more reliable car, truck, van or SUV but are being held back by credit issues, Canada Auto Loan can help. We have a countrywide network of car dealers who have lender partners that specialize in subprime auto loans. Once you complete our fast, secure and obligation-free online application, we will connect you with a dealer in your area who will do everything possible to get you approved and back on the road.