If you are like most Canadians, you may not be quite ready for autonomous vehicle technology. A poll that was recently conducted by the Canadian Automobile Association (CAA) revealed that 63% of respondents say that they would not trust a vehicle to drive itself while they are in it. Deterred by such concerns as vehicle hacking, data theft and accountability in the event of an accident, many drivers are still very reluctant to relinquish control on the roads.

How do you feel about letting your car do the driving?

The Future of Autonomous Vehicle Technology 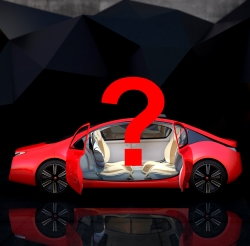 Even though the majority of current drivers are not yet willing to fully embrace driverless technology, they are also not completely opposed to autonomous vehicles. There may be little demand for them right now, but most Canadians can see definite benefits attached to driverless cars in the future. 57% of drivers surveyed said that they think this technology will advance to a point where they would fully trust it in the next ten years.

It is also important to note that most of the uneasiness concerning autonomous vehicles comes from older drivers. Most Millennials (adults between the ages of 18 and 34) are very much in favor of driverless cars and would welcome the opportunity to be engaged in another activity while commuting to a destination. So, as long as this generation continues to embrace new technology and the young people who are next in line (Generation Z) are at least equally tech-savvy, fully autonomous vehicles are inevitable.

According to a different study conducted by GfK, a global consumer marketing research firm, 29% of Canadians surveyed would feel "powerless" in an autonomous vehicle, 26% would feel "anxious," and 20% would feel "stressed." If the thought of being in a driverless car makes you experience any of these negative emotions, keep in mind that the transition over to fully autonomous driving will be gradual, and newer safety features are already making cars "smarter" than they've ever been before.

Safety Features That are Paving the Way

By the time fully driverless vehicles are being put into regular use, it will probably seem fairly normal to let your car do all of the work. Already, newer cars are often equipped with safety features that would have seemed like "radical" technology not that long ago.

So, it seems likely that automotive safety technology will continue to advance and new features will gradually be implemented until cars are simply driving themselves. Because the transition will probably seem quite natural, by the time that fully autonomous vehicles are available to the general public, it will be relatively easy to trust your driverless car.

It will probably be a while before you have to seriously think about whether or not you want an autonomous car. Right now, you just need a vehicle that you can drive to all of the places you need to go every day. And if you are dealing with credit issues, you may be wondering how you are going to finance this car.

Don't worry. Canada Auto Loan can help you get the car you need by connecting you with a dealer in your area who is qualified to work with your situation. With our discreet service, you will enjoy our fast and hassle-free process. It will cost you nothing to fill out our simple and secure online application, so you have nothing to lose by starting today.